Back to Blog
Announcement
7/19/2022
Publication:
SOMA.finance 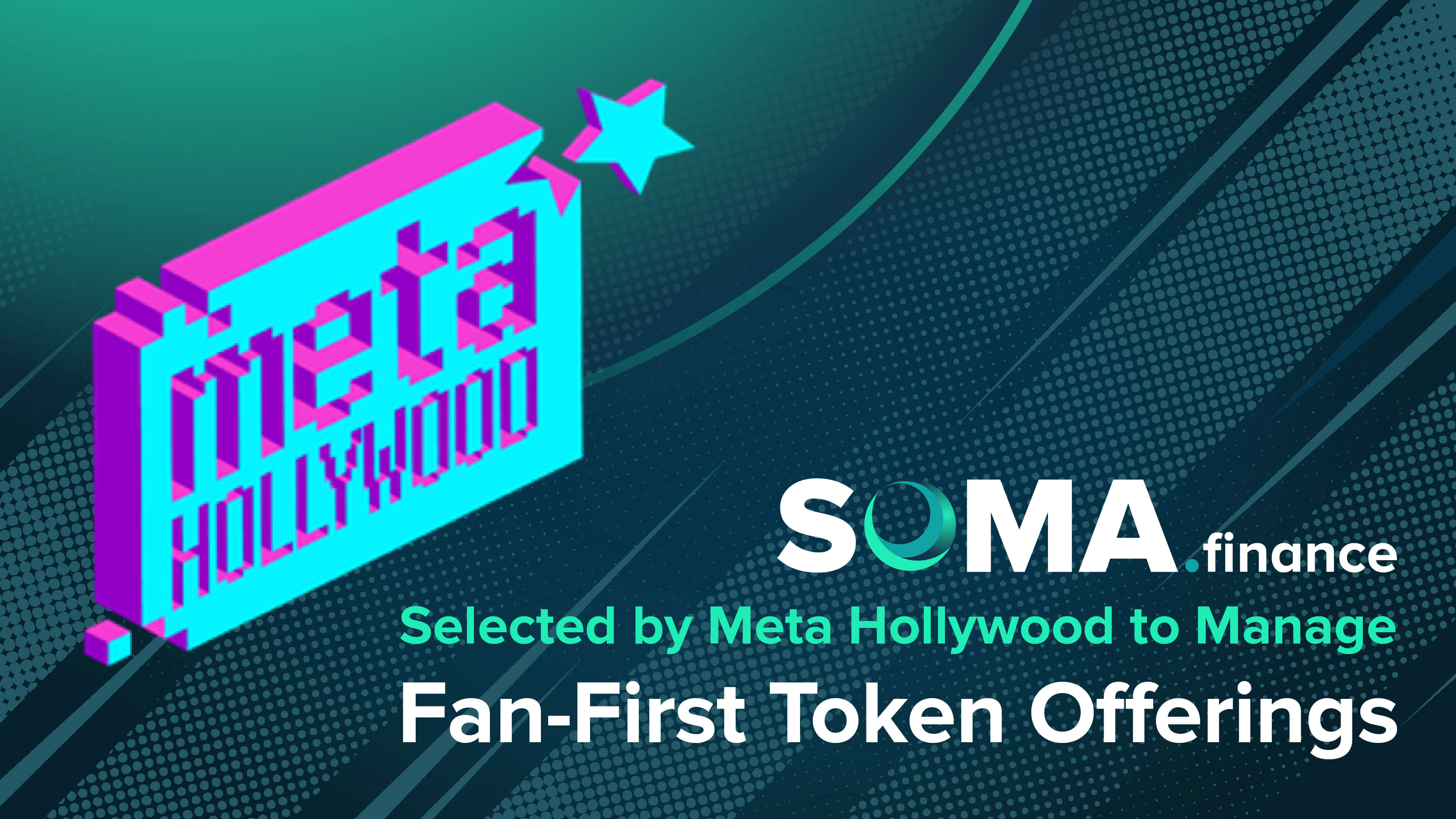 SOMA Finance, LLC (“SOMA.finance”), the joint venture between MANTRA DAO and Tritaurian Capital, Incorporated (“Tritaurian Capital”) that is building the critical infrastructure of compliant, decentralized finance (DeFi), announced today that Meta Hollywood, the joint venture created by Planet Hollywood in partnership with Animoca Brands has selected it as the issuing partner for their upcoming ecosystem of digital securities spanning physical and digital assets.

The SOMA partnership will enable Meta Hollywood to offer “Hollywood fanatics” in the United States and around the globe, access to first-of-their-kind compliant securities for both NFT issuance and trading. The partnership will initially focus on offering Meta Hollywood’s global Web3 Community the opportunity to participate in both film financing and fractionalized ownership of blue-chip movie memorabilia.

“Web3 communities have heralded a cultural shift in consumer behavior and their expectations of their relationships with brands – from audience to community members, customers to stakeholders,” said Robert Tran, Co-founder of Meta Hollywood. “Through its tokenized film financing offering, Meta Hollywood intends to align the film-making process with a Web3 ideology, affording entertainment fans unprecedented access and participation across all aspects of the industry including input on auditions to script and cast selection.  This platform will also serve to foster creative talent, offering community members the opportunity to submit their work for the chance to be a part of each production.”

“We all have favorite moments, songs and iconic memorabilia from movies and the world of Hollywood, which as digital assets and NFTs require specific protections,” said Will Corkin, Co-founder of SOMA.finance. “SOMA.finance ensures a clear and inclusive pathway for retail investors, creators, movie-lovers to take part in the next evolution of entertainment in the Metaverse and associated memorabilia via NFT and token issuances in the future.”

"Safe interaction between issuers, investors and consumers under the U.S. regulatory umbrella is the right protection SOMA.finance can offer Meta Hollywood. Fans of arts, culture and entertainment will depend on trust to enter the block-chain based assets, which we can build for Meta Hollywood," said William B. Heyn, Co-founder, SOMA.finance, and CEO of Tritaurian Capital.

SOMA.finance envisions itself as the world’s first hybrid decentralized marketplace for digital assets, compliant digital securities, and NFTs. As a joint venture between DeFi Platform MANTRA DAO and Tritaurian Holdings, Incorporated owner of FINRA licensed broker-dealer Tritaurian Capital, SOMA will be a fully compliant DEX and suite of products for institutional and retail investors. SOMA will include features such as built-in KYC/AML, the ability to trade digital assets of all kinds, including crypto assets, digital securities and NFTs, and permissionless regulated AMM.

Meta Hollywood is a community-first ecosystem for entertainment fans and creators, offering exclusive access and utility (URL & IRL), at the intersection of Hollywood and Web 3.  With access to a vast collection of over 60,000 movie memorabilia items, as well as additional Hollywood IP and utility from Planet Hollywood and Animoca Brands’ established partner network, users are in for a star-studded time!  The community adds value to physical Hollywood events, pop culture, and memorabilia, by providing Web3 enabled experiences and utility. By democratizing the entertainment universe, Meta Hollywood empowers movie lovers and the broader consumer market to directly interact with movie producers and other short-form content creators through a branded digital experience. Utilizing our native token, Meta Hollywood’s HWOOD ($HWOOD), Meta Hollywood intends to transform the iconic Hollywood experience into a next-generation hybrid web3 ecosystem that benefits entertainment industry field supporters and creators both online and offline.

News
The SOMA.finance Newsletter #5
News
How Decentralized Finance (DeFi) Can Bank The Unbanked
News
Why is the US Government So Afraid of DeFi?